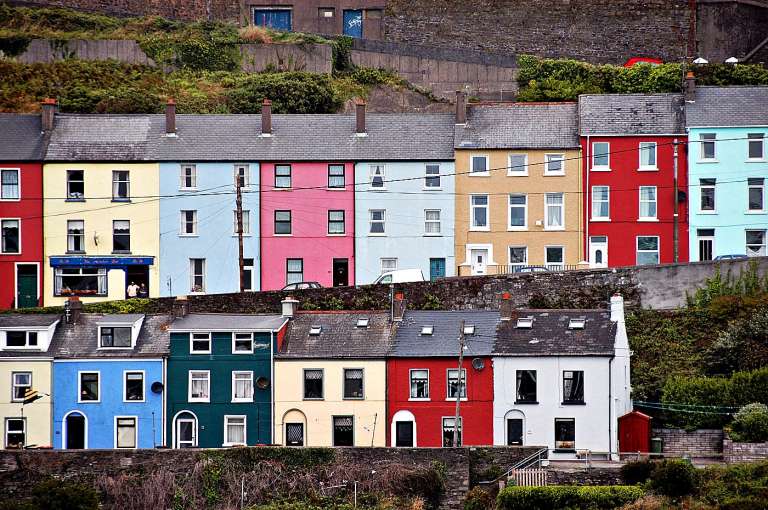 Are you planning for things to do in Cork, Ireland? With so much attention focused on the beautiful city of Dublin, some of Ireland’s other urban destinations can sometimes go unnoticed.

At least a few of them are lovely to travel to, though, and Cork certainly belongs on the list.

The most noteworthy city in southern Ireland, it sits on the River Lee, with its harbor that empties into the North Atlantic (or the Celtic Sea). The Cork harbour is considered the second-largest natural port in the world.

While you are there, pay a visit to Spike Island. The island hosts a star-shaped fort. It is a 15 minuted ferry ride to get there. The ferry departs from Kennedy Pier, Cobh.

Things to Do in Cork Ireland

While it isn’t a city packed with tourist attractions, you can see and do all sorts of exciting stuff there.

There are markets and castles and parks and beers. You can visit famous nearby landmarks and locations, as well as the art center hub and art galleries at West Cork Arts Centre.

This Market in Cork is a famous place and has developed its reputation for over nearly 250 years.

Indeed, having started in 1788, it’s nearly as old as the country of the United States, just as a frame of reference!

It became even more famous a few years ago when Queen Elizabeth II herself stopped by, though it isn’t just a landmark.

It remains an active and charming indoor-outdoor market where you can get local foods, coffee, and more as you stroll about exploring the offerings.

Kinsale Harbour is perhaps the most famous seaside destination in the Cork area, and it’s here, just outside of town, that you can find the Fort – or what’s left of it.

It’s a reasonably intact ruin and stands at the same site as a previous fort that was used to defend the land during an early-17th century event known as the Siege of Kinsale.

Dublin is renowned for its pubs, but Cork certainly isn’t lagging too far behind in this regard.

If you’re interested in grabbing a pint or having a glass of Irish whiskey, there’s a beautiful blend of old, traditional pubs and some more active or versatile drinking holes.

Larry Tompkins Pub, Mutton Lane Inn, and South County Bar and Café are some of the big names.

Essentially its little area just outside of the city, Gougane Barra, has a reputation as one of the most beautiful places in Ireland.

It’s a sort of valley, almost, consisting of a flat, mirror-like lake, a little peninsula jutting into the center of it (with a tiny chapel on it), and surrounding hills.

You won’t find a more peaceful place to walk around in or around Cork, or perhaps in all of Ireland.

In recent years, Ireland has become something of a leader in online gaming spheres.

Following the 2015 legislation, it is perfectly legal for sites to provide iGaming so long as they have licenses, and many have sprung up. In the cities, however – namely Dublin and Cork – there are also still brick-and-mortar casinos.

You’ve probably heard of that stone before, either because you know of this attraction or because there are Irish-themed pubs all over the world that use its name.

Regardless, this is a historical landmark-turned-tourist attraction outside of Cork.

The idea is to climb up the narrow but impressive Blarney Castle, dangle (safely) outside an open window, and kiss a large, dark stone.

The point, aside from the fact that it’s a fun, touristy thing to do, is to gain “the luck of the Irish” following your kiss.

There are guided tours for a Blarney Castle Day Trip from Dublin.

You can also do the Cobh Cork to Blarney Castle Kinsale shore excursion. Get it from here.

Fitzgerald Park is the main urban green space in Cork and is, in some respects, a standard city park.

It’s a very pretty one, however, and there’s a certain age that shows through its atmosphere and makes it feel all the more special.

If you have more time, visit Fota Wildlife Park. It is on the island of Fota, close to Carrigtwohill. It is a non-profit charity park and a top in Ireland.

While you are in the city, pay a visit to the St Fin Barre 3-spire Gothic-style Cathedral. It is believed that it was built by Saint Baril. The church is dedicated to St Fin Barre (patron of Cork).

Another famous landmark is Shandon Bells & the Tower St Anne’s Church. You can ring the world-famous bells while on the first floor. After that, you can climb to the top (132 steps) and admire the city through a surrounding view.

You can also see how the famous “Four-Faced Liar” clock from inside.

In a lot of cases, the idea of visiting an observatory while traveling might sound somewhat like doing something you could probably also do at home. However, the Black Rock Castle Observatory in Cork is quite appealing.

The castle was built over 400 years ago on the river called Lee to help guard the area against invaders, and it’s now been converted into an astronomy center and active observatory. It’s a magical place to go and gaze at the night skies.

Check this super post for seven days itinerary in Ireland. There are lots of things to do in Cork Ireland and all over the island of Ireland (it rhymes, doesn’t it?).

Cork is an excellent base for you. Stay in Cork and explore famous nearby landmarks and locations of Ireland. Here is a range of ideas for organized tours:

Have fun in Cork. Also, read