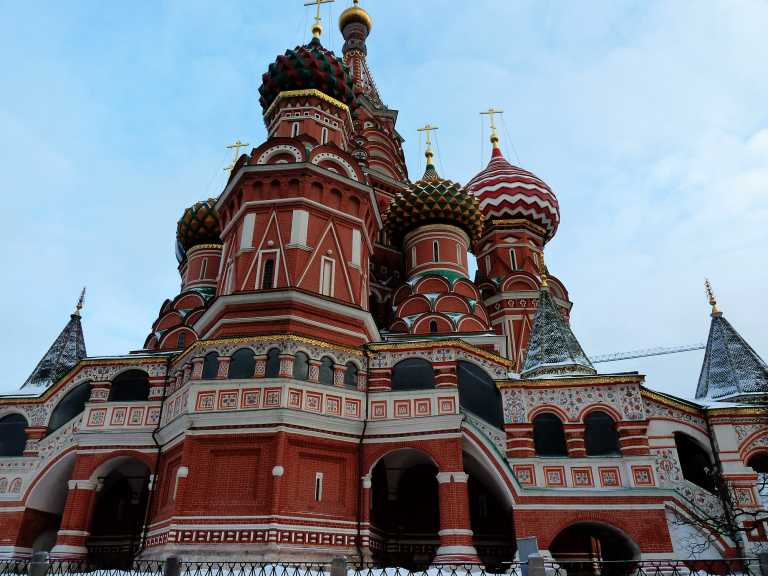 Many may think things like: Are you totally crazy to visit Moscow in this freezing cold? At Winter? It will be extremely dangerous, hundreds of thousands of people at the streets and they don’t speak English (true, most don’t).

I have heard all these before, but couldn’t ignore the glimpse of “envy” for going such a trip. I mean, you have to admit it… Moscow is as another kind of exotic destination in its own peculiar way…

Moscow is a city with lots of surprises as well as diversities. You can see culture, extreme wealth and poverty (but not that extreme), lights and glitter, history and politics in one place.

I was intrigued by this trip.

Wasn’t sure If I wanted it too bad or didn’t want to go at all. I was thinking about how recently Russia was in a political turbulence but then I thought… hey… the whole world is like that… So there we were flying with Aeroflot.

Now… a tricky thing… I had no idea of the trip up until I arrived at the airport!

Wait.. what? Yes, this was a surprise adventure trip for which I had no idea until we arrived at the airport and moved toward the Aeroflot queue!

In a way, I like to think I was “abducted” to go to Moscow. It sounds quite adventurous like that! Maria had secretly arranged for everything (Visa, passports, tickets, hotel, etc.).

So, Russia be ready. Two adventurous Greeks were on the way there.

Arriving at Moscow – The Red Square and the Kremlin

It’s huge… beautiful… wow! These were my first thoughts as we visited Red Square next morning.

But this impression of “massive and huge” is not present only in the Red Square but everywhere.

All kinds of sculptures and monuments are… huge!

You had to bend your neck back to see the top of many of them even from far.

The building outlined with multiple lights was another old building of Moscow which they turned into a shopping mall. Check how it looks from inside.

The Space Museum of Moscow

This is where the Russian space history is stored.

We had the opportunity to see space suits, a variety of early space shuttles, rockets, a replica of a MIR space station with its own accommodation facilities and return vehicles, planet landing/exploration vehicles, engines and thrusters.

Couldn’t help not to admire the creativity of mankind…

As another cradle of Christian Orthodoxy, Moscow is crawling with churches of unparalleled beauty. The colors that dominate are gold and vivid red, green, orange.

There are many inside the Kremlin area and around. Moscow is full with churches.

The subway of Moscow

A real jewel of architecture.

As it was at New Year’s Eve day the place was full of police and army. Especially at the stations closer to the Red Square.

The stations were very hot. From the moment you entered the door of a station you had to remove scarf’s, hats, gloves, etc and then again you had to wear them tight to get out.

Hundreds of thousands of people. Many hundreds.

Couldn’t walk from the amounts of the crowd.

Everyone at a festive way. Analogically, those who were dead drunk were not so many, so if you hear this wrong information from others know that it is not true.

There are more things to see in Moscow like the “7 sisters” of Stalin (Google it) and amazing architectural complexes, plus many monuments dedicated to heroes and heroic actions of the Russian people, plus -of course- the Char and his family.

Here is a series of pictures from our whereabouts.

We have to say that while we spend only a few days there, Moscow gave us lots of things to think and admire.

Where to Stay in Moscow

We are sure that a future trip is definitely needed to explore the inner depths of this vast city.

However, I have to mention that this nation has a kind of greatness that is understood only if you get there.