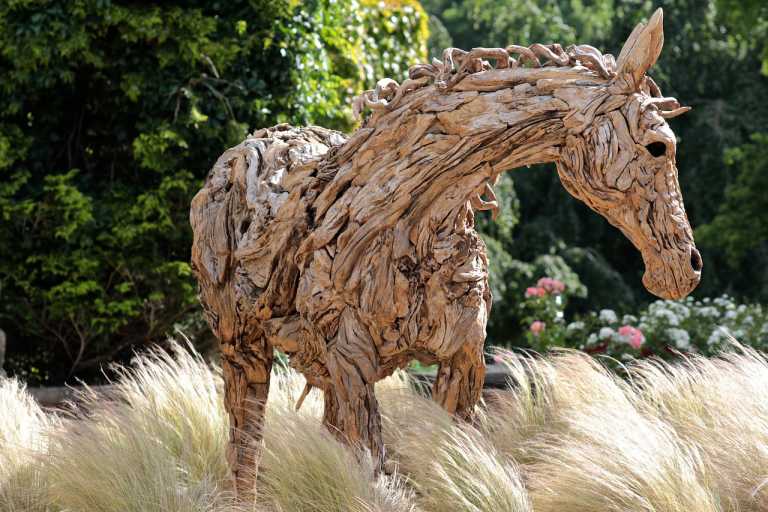 From the Louvre to the Centre Pompidou to the Musée d’Orsay, Paris is a city full of museums, galleries and artistic expression.

During your visit there, you might choose to stay in one of the numerous Paris art hotels. In this article, we present four of them.

This hotel is one of the best known Paris art hotels. It is located near the Luxembourg Gardens and Montparnasse, in an area where Giacomo Modigliani, the famous Italian painter, once had his studio.

The owners are huge fans of art, and therefore the hotel boasts a series of Jérôme Mesnager’s famous surrealistic “white bodies”, as well as Sophie de Watrigant’s symbolic sculptures.

Moreover, artistic videos are shown in the hotel’s video art lounge on a daily basis.

The decoration is inspired by the Rive Gauche of Paris, one of the most romantic and artistic areas of the city.

Among Paris art hotels, this is arguably the one with the most interesting background story. It was inspired by Cléo de Mérode, a famous Parisian dancer, actress and artist of the early 1900s, who was born in an aristocratic family.

Cléo de Mérode became a muse for famous artists like Edgar Degas, Paul Klee, Gustav Klimt and Marcel Proust, but despite posing as a model she kept her immaculate reputation throughout her life.

The rooms are decorated in chic and timeless style, reminding us of Paris of the 1900s.

The hotel also boasts a luxurious spa, exclusively available to clients, and a restaurant.

Rooms in the Belle Juliette, which was inspired by the Parisian socialite Juliette Récamier, remind us of the 19th century.

Each room is individually decorated with quality materials and fabrics. The focus is on romanticism, tied in with a splash of modern design.

The suites are decorated with colours specially created for the hotel, and carefully selected materials have been used everywhere.

The hotel also offers a modern spa, as well as a salon, garden terrace, music room and restaurant.

Last but not least, we could not leave cozy hotel Amour out of our list of Paris art hotels. Located in a rather controversial area close to place Pigalle in the 9th district, where the red lights brighten up the long Parisian nights, this branch is popular with an alternative crowd.

Designed by André Saraiva, graffiti artist and nightclub entrepreneur, the hotel has 20 rooms, all different to each other. Several accomplished designers and artists, such as Marc Newson and Terry Richardson, have helped out in decorating this hotel.

There is also a bigger branch on the 10th district, the Grand Amour Hotel, where Keith Haring and Petra Collins were involved.

Both hotels have restaurants where meals and drinks can be enjoyed at any time of the day and nights.