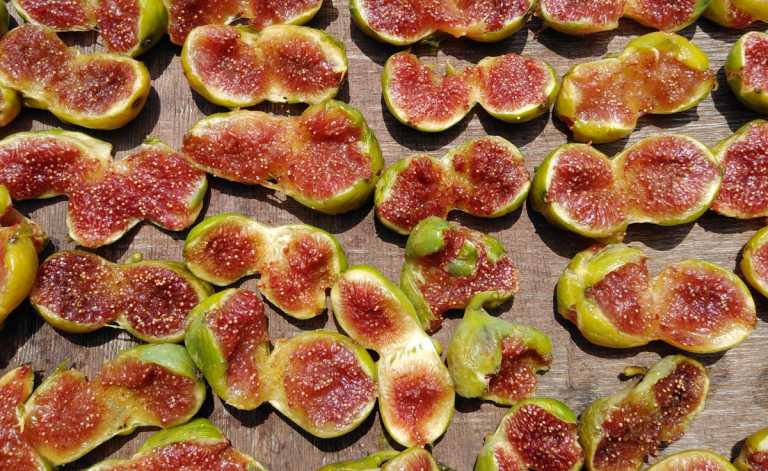 Here is another set of experiences we had during our holidays in Crete island, Greece. Have you read the other two with canyoning and Chania tours? Read them, please.

For this tour, Urban Adventures were our guides once more, and Yiannis, a charming and knowledgeable person, was our guide. This tour was a combination of a food experience & historical monuments before ending to the Patsos Gorge you read about.

Before going to Patsos, our tour had three significant parts.

The first was the Poliou House at Astri village.

The second is related to visiting Arkadi Monastery. The latter is a significant monument with great history both for Crete and Greece.

The third one was the Aravanes tavern, where we baked bread (before having a substantial Cretan lunch). The bread was finally “cooked” inside a traditional stone-built furnace heated with wood. We took the bread back home.

The whole was an 11 hours tour.

But let’s get things from the beginning. Also, read this post for additional 30 things to do in Crete.

The Poliou House was something we never heard before.

It is a rather famous attraction/tavern in the village of Asteri, approximately 30 minutes from Rethymno.

Three things were rather impressive in that place: The indoor museum, the considerable shade at the tavern area, and the homemade tsikoudia (raki).

The Indoors museum consists of 2 parts.

The most significant part is the rooms filled in with folklore items that belong to earlier (not ancient) years of Crete.

The owners have gathered and preserved hundreds of them.

You pass these to enter into the tavern and the main yard.

The smallest part is in the area where the actual tavern is.

One of the “exhibits” is the flame gun, which was used to torch the village during WWII.

Many Cretan houses have such relics from WWII, so to remember what happened back then and how Cretans resisted the invasion that took place.

The main “eating” area is under a large shade. The whole yard is like that.

We had some morning coffee there along with a discussion on the history of the place and got acquainted with the rest of the group, which was a whole family from the USA (husband and wife, two kids and mother in law).

We had some tsikoudia (raki) too. They had many flavors of the “moonshine” type.

Fascinating people with a genuine interest in history.

Leaving that place, we traveled towards the Arkadi Monastery.

To keep the story short (you can read more here), the monastery played a significant role in the resistance against the Ottomans.

It is famous for this reason.

After a period of seizing while Ottomans tried to conquer it, the abbot gathered all men, women, and children in one corner of the monastery along with barrels of gunpowder and set them on fire.

All were killed, instead of delivering themselves to the Ottomans. That very action showed the courage of Cretans, who preferred sacrifice over slavery.

See the tree below.

On the tree trunk, they kept one of the bullets that were shot from Ottomans as something to remember (there is a little arrow pointing at it).

That very action went “viral” (so to use a contemporary term for such an event) and was heard all over the world.

It drew the attraction of powerful countries of that era, which also contributed to the Greek Revolution for Independence.

The tragedy of Arkadi turned world opinion on what was happening in Greece.

Don’t miss that. It is an excellent opportunity to learn about local culture during your holidays in Crete.

Having learned a ton of exciting things, it was time to leave from Arkadi Monastery.

Our next stop would be Aravanes Tavern.

The idea was to involve in the food-making process, and for that day, we would bake bread from scratch. That was one excellent activity for our holidays in Crete.

Aravanes is in the village of Amari. The tavern occupies a vast space overlooking the Amari valley.

That alone is a delightful view.

We met the owners, and they took us to the baking area.

A simple setup with tables, shade, and a roaring stone made furnace. Oh, and tsikoudia (raki), fruits, juice, and laughs.

Our hosts had two tasks. The man was feeding the furnace while the woman was preparing the “tools” for the baking.

Using raw materials, the base is prepared.

So, there we are With just flour, yeast and water and some salt, we were baking bread.

Each took its turn to bake. No machines, just hands.

Hands-on experience (literally) on how to make loaves.

Observe the focus level on me.

Let me tell you that without a little bit of sweat in the pastry, bread is not getting its unique flavor. The day was a bit hot, so some “secret ingredient” was added indeed.

Here are a couple of videos showing the work involved.

After forming pastry into nice loads, we place each on a wooden shovel, and they were placed inside the furnace.

Mission accomplished. We earned our lunch (and more).

Next to the furnace was this distillery. They use it to make tsikoudia (raki) and also exhibit how it is made.

The next thing we knew was strolling on the big terrace while our table was prepared.

Look at these pumpkin canteens.

Look at these figs. They let them under the sun, so they get dry. See how they are (left) and how they become (right).

Plenty of sun and space at Aravanes yard.

That other thing here is called “Ksinohondro” and is made of shredded(!) milk and wheat. It is used as a supplement in soups mostly.

It was time to eat!

That was one great lunch, but we managed to eat everything.

Heck, I tried snails for the first time in my life. They taste delicious and are full of protein.

After lunch, we spend some time to visit an ancient church in Amari, right behind Aravanes and learn about its history too.

Following that, we then moved to Patsos Gorge, but you will read about it through this post.

That was a nice closure to that day from our holidays in Crete.

Disclosure: Visiting these places was made possible with the support of Urban Adventures, Ellinair Airlines, Arodamos Traditional Guesthouses, Enagron Ecotourism Village. However, the entire content and opinions are always our own.