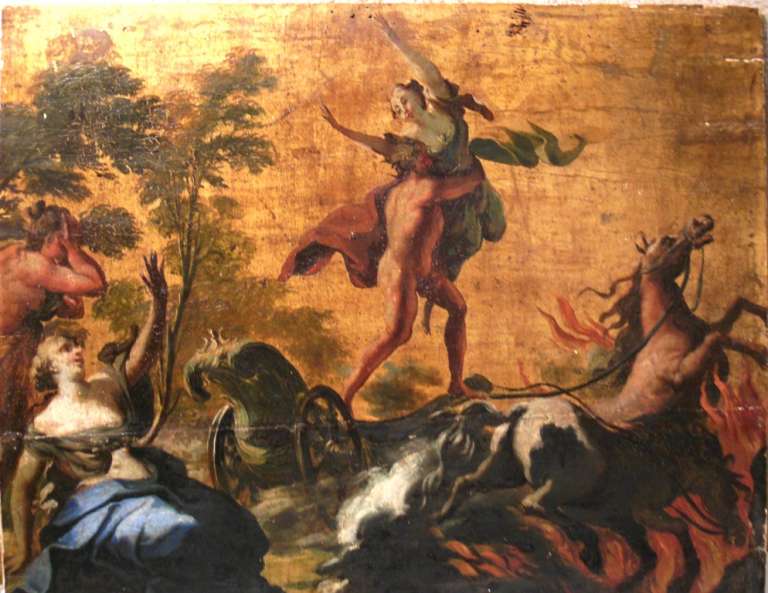 The Greek myth of Hades and Persephone is one of the best to present a combination of things: Love, mother’s love, lust, creation, rule of opposites, and… change of seasons.

Almost all of the Greek myths had the latter as their common denominator.

People of each era struggled to explain nature and their perception of divinity, so they used the most common thing present: Themselves.

Their emotions and senses were the “judge” to be able to interpret everything that they couldn’t understand.

Learning and understanding Greek myths will help many understand Greece’s underlying culture during the ages.

That is one common thing in almost all myths around the world.

Also, read this about contemporary Gates of Hades all over Greece. For more ancient Greek drama and allegories, do read about Orpheus and Euridice.

The Myth of Hades and Persephone

Infamous King of the Underworld. Brother of Zeus and Poseidon; Son of Cronus and Rhea. He was also called Underworld Zeus (the opposite of the well-known Zeus).

He abducted (according to mythology) Persephone and made her his queen. Her abduction was the central theme in the Eleusinian Mysteries (sacred ceremonies taking place near Athens).

Hades was not just a fierce and fearful god. He was also a god of agriculture since the earth was -at the same time- the root of all things a person would use to eat and use, along with a prison for the dead.

He was also named Pluto for that exceptional quality, which means “he who provides wealth.”

The daughter of Zeus and Demetra. She was abducted by Hades and brought to the Underworld.

Allegedly, she was dark and dreadful in the underworld but gentle and a benefactor to humanity when she surfaced.

Variations of the myth mention that she was abducted with the help of Zeus, while others mention different scenarios involving nymphs.

After her capture, Persefone -with the contribution of Demetra- agreed with Hades to be free on earth for six months per year.

This is highly related to seasons and crops (at least).

What does Hades and Persephone Myth Means?

Three different theories relate to the myth of Hades and Persephone.

The first theory claims that it relates to the biological idea of the growth of plants and crops.

Under that theory, Persephone’s presence on earth is related to cereals, while her absence is related to storing grains. You need to know that the Greek word for cereals is: Demetriaka.

This relates to the name of Demetra, her mother. So, her abduction is an allegory for seasons and the agricultural cycle.

However, some scriptures mention different time frames for which Persephone was allowed to surface; thus, the relation to the agriculture cycle seems not right.

The second theory relates to rejuvenation and the eternity of life, which relates to succeeding generations.

That was the essence of Eleusinian Mysteries. Persephone was coming up from the underworld, and thus the mysteries were celebrated with Autumn sowing.

Pluto symbolizes the wealth of wheat stored in underground repositories during summertime.

The same “repositories” concept resembles burials. Pluto relates to Hades, lord of the underworld. Burial and re-generation symbolize the cycle of life and the growth of things.

For the ones initiated in the ancient mysteries, this was a symbolic representation of the eternity of human life; each sprung from the other.

The third theory relates to the anthropological elements of humans. These are marriage and death, separation (of a mother from her daughter), sorrow and anger, and reconciliation.

Another factor, many times neglected, is the role of Demetra in the plot of this myth.

Allegedly, Persephone was allowed to surface after Demetra had gone through mourning and begged Hades to let her go.

During Demetra’s mourning period, everything on earth died; crops, animals, and land became barren. That is another intriguing point to consider for the myth.

Here is a lovely video for this myth.

Conclusion (?) on Hades and Persephone myth

This myth inspired numerous famous artists in all eras to create art masterpieces. Many represent an abduction, but others describe a romantic engagement between Hades and Persephone.

What fantastic food for thought is the myth of Hades and Persephone? Don’t you agree? The story is also related to psychological archetypes. That is why we say that Greek myths are way more than stories.

Have you ever studied this Greek myth and what it may mean for nature and humans?

Pin this for others to find this great myth.