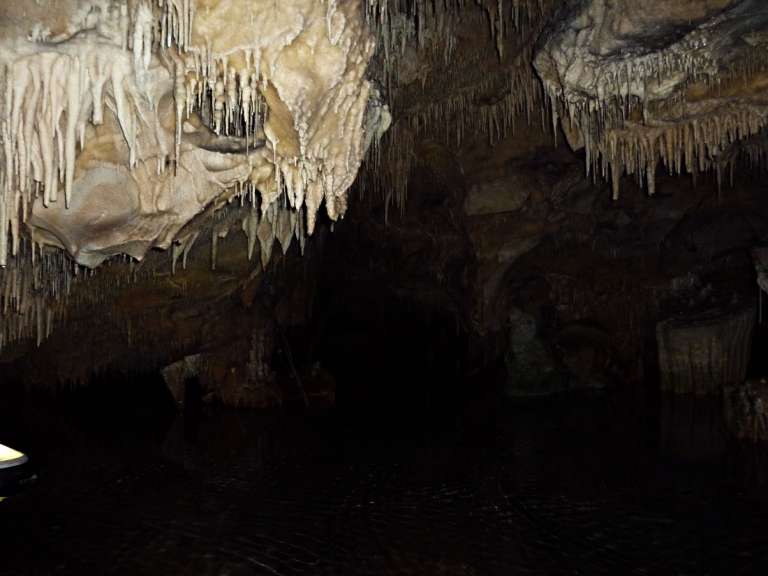 Visiting all places in contemporary Greece that relate to the Gates of Hades (Hades: God and ruler of the Underworld, the land of the dead) can be a challenging thing. Such places are scattered all over Greece, considered a door to the underworld of Greek mythology.

Allegedly, there are various “editions of a map of underworld Greek mythology.

Also, read the post for Hades and Persephone. If you like ancient Greek drama, read about Orpheus and Euridice.

One may think such a location could be set in some weird-looking, dry places in Greece, where mist, “darkness,” and fear exist. You know something like “Mordor” and such from the Lord of the Rings trilogy, but that couldn’t be more wrong.

Underworld locations or entrances to the House of Hade’s region are in stunning locations.

Most of them (if not all) are great for vacations and outdoor activities. In such places, nature is lovely, and there are usually rivers and forests.

Let’s take things from the beginning, so to see the beauty behind Ancient Greece Mythology.

Hades had Zeus and Poseidon as his brothers, and he was famous through his wife, Persephone. His parents were the Titans Cronus and Rhea.

Despite Hades being the God of the Underworld, many well-known things about him relate to this “forced love” story.

Many of you have heard of the Hades and Persephone story and how Hades fell in love and took her to his region.

You may have also heard about her mother, Demetra, and how seasons changed depending on when Persephone was allowed to visit her in the everyday world.

However, Hades is not related to the modern concept of Paradise but to that of Hell. The analogy for Paradise in ancient Greece was the Elysium Plains.

The locations of entrances to Hade’s region were not confronted with sorrow. History tells us that such places were related to spiritual purification, too (and in some cases with possible ancient hoaxes).

Hades is related to departure from this life and “living” in a different realm that was not so great to “exist.”

The very concept of Hades excited the minds of many famous painters. Many refer to Hades as not just God but to the Underworld territory itself.

That underworld is known for the rivers Styx and Cerberus, the three-headed dog.

Gates to Hades all over modern Greece

Do these places worth visiting? Do not expect sulfur and Cerberus jumping up at you under some rock.

Visiting such temples – where the Gates of Hades can be found- is a great way to experience fantastic locations all over Greece. Here they are:

Maybe the most popular all over the world. Not just of the temple, but it relates to the famous Acheron river; the one soul traveled on a boat to get into the Gates of Hades.

It is located in the region of Thesprotia, just 30 minutes by car from Preveza city (around 4.5 hours from Athens).

The additional naming of “Nekyomanteio” is also met in history as “Nekyos” is another term for a deceased person.

There was an oracle there, and people were going to receive advisory, similar to the one of Delphi dedicated to Apollo, but in its “goth” version.

The temple consists of 2 levels. The underground one is related to mystical practices and is famous for its acoustics.

In that room, absolute silence rules with shallow resonance levels. Do give it a try when you visit that place. Fascinating, thrilling, and disturbing at the same time.

You can walk next to the Acherontas river a few minutes from there. Now, that is another fantastic place.

The river is gorgeous, with thick plantations along its route.

There are different places to set for camping and to eat. During August you can walk in the river towards its springs.

The river is cold even in hot summertime despite being shallow during that time. Many can’t even walk from one bank to another, but kids love it.

Along with Nekromanteio, it can easily be a day or half-day trip.

This is one of the most beautiful canyons in Peloponnese, Greece.

The passage was believed to be one of the portals to Hades, the Ancient Greek underworld. It is located in the Elis region, in Kyparissia.

The river goes through steep ravines, lush gorges & dark caves while passing under stone bridges.  The famous waterfall is near the village of Platania.

If you go to that area, allow more days for a day trip to the Nemouta waterfalls.  Ancient Olympia is near enough.

There are many organized tours for crossing the canyon.

Locals say that many mystical/unexplained things are happening there that affect your mind and perception of time/space.

You need to know that Neda is the only river that has a “female” name in Greece.

The name comes from an Arcadian Nymph who was one of the nymphs that nursed Zeus.

If you are in South Peloponnese, you will have a good time there.

Since you are there, you can visit Cape Tainaron (sometimes you can find the same under the name: Cape Matapan).

Ancient geographer Pausanias (considered the first historian travel blogger for many) says that Cape Tainaron was where Hercules brought up Cerberus from the Gates of Hades.

The actual location is a remote one and can be part of your general area touring.

It takes around 20 minutes of hiking from the car parking spot to be in the southern endpoint of Greece (yes, it is), but the feeling is that of grandeur.

At the actual Cape Tainaron endpoint, you will find… a lighthouse.

In the same place as Tainaron exists the cave of Hades.

Allegedly this was the entrance point for Orpheus, who went into the Gates of Hades realm to ask for the resurrection of Eurydice.

Near the parking place is a small (yet essentially ruined) temple of Poseidon, which was worshiped there. You will see the signs. That temple is said to be the entrance through the Gates of Hades.

The overall area is that of Laconia and Mani, one of the most beautiful areas in Southern Peloponnese.

There is a 2nd location in Mani labeled as an entrance to Hades. The cave of Alepotrypa (means Fox Hole).

Alepotrypa is one of the caves of Diros Caves, a magnificent cavern with stalactites and stalagmites you must visit.

Where are the Gates of Hades?

The Gates of Hades is a massive gate seen in God of War: Chains of Olympus, while on one side, it has been chained by blindfolded figures. Beyond this barrier, Kratos would need to find another route if he was alive, but there is also footage where we see that some people have passed through without any problem, so maybe they could help our hero get past.

What are the keys of the Gates of Hades?

The Keys of Hades are magic “keys” owned by the god who can seal or free people in his realm, which means someone could bring somebody else back from an alternate dimension using these valuable trinkets!

Is the underworld real?

The Chthonic realms are the land of the dead in various religious traditions and myths. It’s located below our world, but it still has its laws that must be obeyed by those who live there or visit on occasion- including you!

Well, now you know that despite having Hades as the God of the Underworld, he is related to some pretty cool places in Greece. Three of them are in Peloponnese and one in Western Greece.

If you travel in the Peloponnese area, Western Greece can be a bit far. However, if you plan to go to Corfu by car, you can make a detour and visit Acheron and the temple.

Greece is full of beautiful things to do, don’t you agree?

Feel free to use these resources for flights, accommodation, and travel insurance.

Enjoy your journey through history.

If you enjoyed our article about the Gates of Hades then also read these: