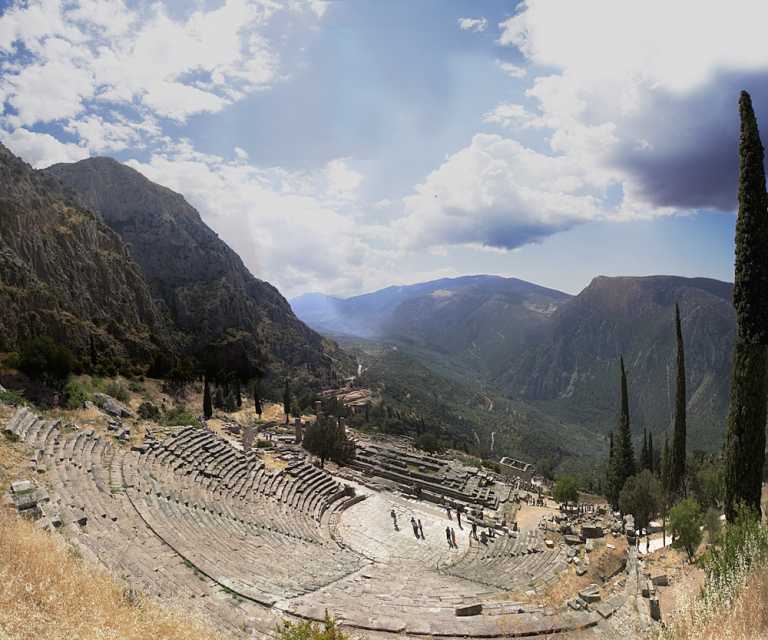 They are famous for their acoustics. For example, you can stand in the middle of the stage and simply whisper something, and someone at the top stair, at the highest level will hear it! Ancient acoustics technology. But where did it come from?

Well, recent studies have shown that a number of vessels that helped sound to bounce were placed under the stairs of the auditorium (this was evidenced through recent excavations at Dion). But were they placed by random order? Actually not!

These pots were placed in a specific way following a mathematical calculation and were also divided according to the fourth, fifth, eighth, and eighth double music scale and the resonances in the different notes.

So when the actors spoke in the same tone the vessels were causing the resonance to become stronger and clearer. But what was the math behind all that? What else but the ones of the well-known ancient mathematician Pythagoras.

The theaters were also constructed in a very specific way which was influenced by acoustics science. Each theater was constructed in a way to reflect and bounce the voice and sound in a way that made it more vibrant and clear even to the last top seats.

Now you know that next time you will visit Greece, you will do your research and visit these monuments after having done your own digging into the acoustic science of these ancient miracles.

Have a look at these amazing photos from Ancient Greek theaters

2 thoughts on “The secrets of Ancient Greek theaters”