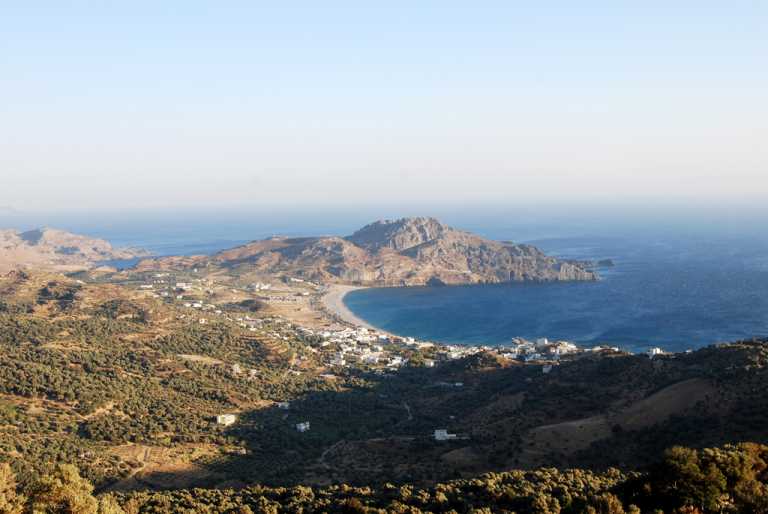 Rethymnon might be the third largest city on the island of Crete, but it still retains the gentle pace of yesteryear in contrast to Heraklion and perhaps Chania. The old town of Rethymnon exhibits some ornate Venetian architecture, and the Ottoman Empire has also left its mark on this historic part of Crete. The city has a 16th century fortress encompassing the old town which affords some fantastic views across the sea. Then there is the Venetian harbour, which is a wonderful place to just sit and relax with a coffee or something stronger and simply watch the world go by, or why not just watch the boats bob up and down on the gentle waters?

Surrounded by the magnificent White Mountains of Chania and the Psiloritis, Rethymnon has also been blessed with a magnificent strip of golden sands that seem to stretch off into infinity (actually, the beach is an amazing 12 miles long!) affording plenty of space for you to find somewhere to sit under a parasol. There are also plenty of water sporting opportunities along this stretch of beach if you want to cool off on a hot day.

To get away from the tourist hot spots, head out toward the slopes of Psiloritis where you can find timeless mountainside villages such as Anogia where the pace of life is exactly as it ought to be on one of Greece’s most beautiful islands. The mountainside villages are a great choice for trying out some authentic Greek cuisine such as a proper lamb souvlaki or maybe a beef stifado.

From charming mountainside villages to the birthplace of the Immortals, 25 km south from Anogia, lies a huge cave in the east side of Mount Ida which was, according to Greek legend, the birth place of the father of the Greek pantheon, namely Zeus. It’s worth remembering while there that the cave was regarded with the same reverence and awe that any of the temples of antiquity once were. While taking in this attraction way up in the mountains (1700 m above sea level), take a deep breath and breathe in some of that fresh and invigorating alpine air.

A great place to enjoy a trek amidst beautiful natural surroundings can be found at the gorge of St. Anthony with great opportunities to sit and enjoy a picnic along the way as the sound of babbling waters mingle with the scent of fragrant flowers. While walking through this place of great natural beauty, you may perhaps stumble upon Patsos Cave, which forms an intriguing little church hewn out of the rocks and which is dedicated to St. Anthony.

The magnificent Monastery of Arkadi is certainly one attraction to have on your itinerary of Rethymnon. Many visitors comment that it looks peculiarly like a fortress, and well it might, as during the time when the Cretans were revolting against the Turks, the inhabitants barricaded themselves in, sadly with tragic consequences. The monastery suffered much damage at this time, but has since undergone restoration and now exhibits an impressive facade which is well worth a look.

Clearly, there’s plenty to see in Rethymnon and the surrounding area. Whether you want to enjoy the pleasures of the beach, or try some genuine Cretan culture up in the mountainside villages, or maybe soak up some fascinating history, or even if you’re looking to experience all three, then this town surrounded by majestic mountains will be sure to satisfy.

(We would like to thank Sofiagk and Alkis Anastopoulos for their photos).