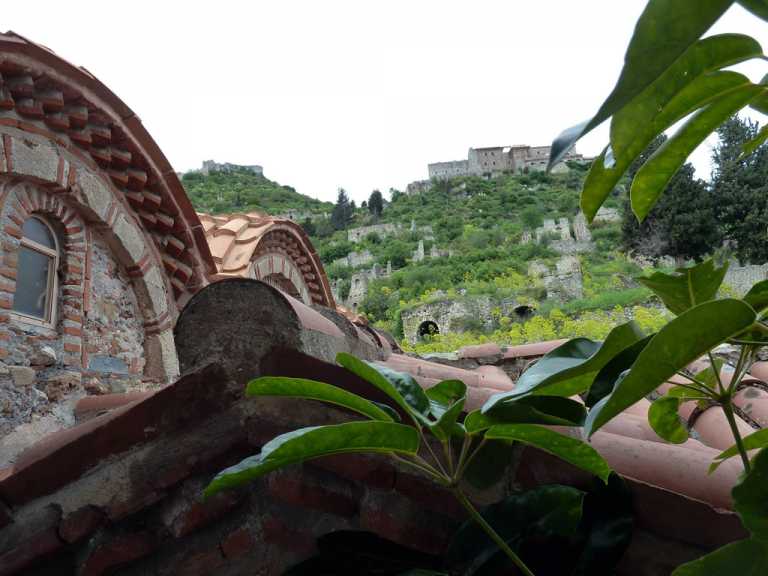 Mystras is a fortified town close to Sparti, Laconia in Peloponnese. In 1249, the Frankish Principate of Achaea William II of Villehardouin built a fortress atop the hill of Myzithra in Lacedaemon.

Mystras served as the capital of the Byzantine Despotate of the Morea in the 14th and 15th centuries, experiencing a period of prosperity and cultural flowering.

Houses, mansions, palaces, churches, and fortified monasteries were built. In 1448 the last emperor of Byzantium, Constantine XI Palaeologus, was crowned at Mystras.

The foundation of modern Sparta by king Otto in 1834 marked the end of the old town. In 1989 the ruins, including the fortress, palace, churches, and monasteries, were declared a UNESCO World Heritage Monument.

Wandering around the Castle, you will see the Metropolis (Saint Demetrios), Saints Theodoroi, Hodegetria, Saint Sophia, Peribleptos, Evangelistria, Pantanassa, Saint Nikolaos, Monemvasia Gate, The upper Gate, the Museum as well as The Despots’ palaces on the top of the hill.

It’s sure that in Mystra you will feel the medieval splendor.

You got to visit Mystras.