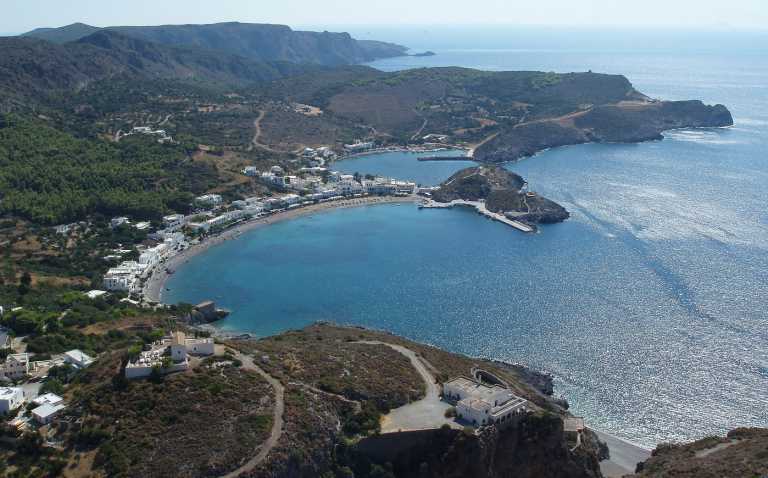 Welcome to the Mysterious Shipwrecks and the Amazing Mechanism of Antikythera – The World’s Oldest Computer.

The seas have always been seen as both beautiful and treacherous at the same time; especially the balmy, blue-green waters around the beautiful islands of Greece. Their lush waves and tides instill a sense of wonderment, and yet also make us more than a little wary. There are many legends and myths connected to the Aegean Sea, but the most popular ones are those of shipwrecks.

Throughout history, there have been countless mysterious and not-so-mysterious shipwrecks, in which not only important people but sometimes, even important parts and piece of various cultures have been lost to the watery depths down below.

The Antikythera mechanism was one such thing until it was discovered – and became popular overnight.

Gorgeous Greece with its Myriad Wonders of Nature

Greece has always been one of the most beautiful places on our planet that you can visit for a zillion reasons. From the Greek culture to historic monuments, to magnificently built museums to sandy beaches with gorgeous waters – all this and more is what people usually look forward to discovering when they plan a vacation to exotic island country.

From the majestic stone bridges of Epirus to the towering volcanoes which are spread out all over the country, to the mouth-watering cuisine and a very interesting culture; from the extensive beaches to the ruins of some of the greatest monuments that were ever been made by man like the Parthenon on top of the Acropolis or the Delphi Theatre – Greece has the ability to take one’s breath away.

The Antikythera mechanism is no exception to the culturally rich ancestry of this country. Let’s discover more about this ancient and intriguing find from the Greek seas.

The Antikythera Mechanism: The Discovery

In 1900, a couple of Greek sponge divers who were working nearby the island of Kythera, came across a shipwreck of a roman ship off the coast of the Antikythera island in the Eptanese, Greece. Apart from retrieving various bronze statues and other artifacts from this site, what fascinated archaeologists was a unique rock which had a gear embedded in it.

On close examination however, the archaeologists discovered that the “rock” was not actually a rock but was made up of bronze, and just really encrusted and corroded. This device, despite composed of bronze and having a height of 33 cm, a width of 17 cm and a thickness of 9 cm, turned out to be surprisingly light.

The Antikythera Mechanism: Ancient Science at its Best

The Antikythera device seems to be one of the oldest geared devices that has been found and is rumored to be the world’s oldest computer. Said to have been made between 150-100 BC, this amazing device has a whole range of interlocking gears made of bronze as well as a hand crank, which you might know by now, is used to set in motion the gears that are connected to the device.

After taking decades to clean the ancient device, British science historian, Derek J. de Solla Price in 1951 decided to further investigate this mechanism, and after publishing an article in the Scientific American in June, 1959, he tagged the mechanism as “An Ancient Greek Computer”.

Known as the first analog computer, the antikythera mechanism might basically have been used for astronomical and mathematical predictions developed by the Greek astronomers. It also seems to be pointing towards an ancient Greek tradition involving complex mechanical technology, which was apparently transmitted by the Arabs and now forms the basis of the European clock making techniques.

Michael Wright from the Imperial College of London set to reinterpret the functioning of the various fragments of the device and arrived at a completely different assembly of the gears than the previous versions. His reconstruction of the device with 72 gears, suggests that somehow this device was mechanically used to demonstrate the motions of the sun and moon to the five planets known to the Greeks – at that time and age.

It can, in simple words – be considered to be the first analog mechanism that was used to monitor the position and progress of various celestial bodies.

Mind-boggling ingenuity by the Greeks – we say!

Visit the Picturesque Kythera Island for Some Delightful Sightseeing Spots

The island of Antikythera only has 45 permanent residents on it, though during holiday season it plays host to almost 500 people. It also has two cafes, one hospital, a police station and a recent addition – a heliport.

The island is easily accessible, and though it’s small, it is a sightseer’s dream come true with its scenic beauty and enchanting locales.

Situated in the northern part of the island, the “Kastro” or the ancient walled city, which spans across a vast area of 75 acres draws the attention of most sightseers who pay this island a visit.

Surprisingly well-preserved, this castle for archaeologists is a treasure trove, where they have found the residues of wars, like arrowheads and many lead slingshots as well. Definitely worth a visit once you have done diving in the shipwrecked waters! But, please, do explore the amazing hiking paths.

Archaeologists found a wonderful statue of Apollo, in the innermost corner of the bay of Xeropotamos, which is now at the Athens Archaeological Museum, with an inscription written at the base of the statue. The same group of archaeologists also found the remains of an ancient temple that once stood there.

The exotic little island of Kythera is also home to about 7 churches – the Saint Charalambos, Saint Nicholas and the twin churches of Virgin Mary and Saint Dionisios are the most famous of all and the most architecturally and aesthetically built.

Scenic Greek Views from a Lighthouse

The southern most tip of the island also includes a lighthouse which is accessible either from the sea, or by following a beautifully picturesque trail along the beach. The view from the lighthouse, as one can imagine, is breathtakingly beautiful, as it overlooks the unending sea.

To think that we call ourselves progressive when in the 100 BC people have been inventing such things of marvel as the Antikythera mechanism. Shipwrecks are hard, but then a shipwreck is precisely what led us to come across such a crucial part of history and let us observe the brilliance of the ancient Greeks.

Science, art, and nature – all come together to make Greece, and especially the island of Antikythera what it is – an exotic little culturally-rich island with a hint of mystery to it.